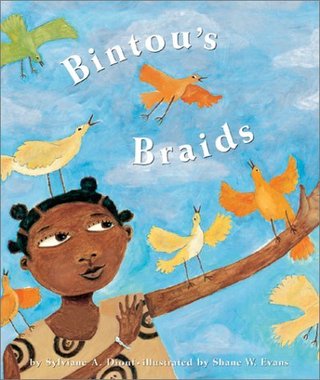 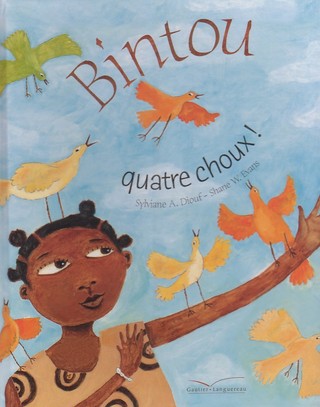 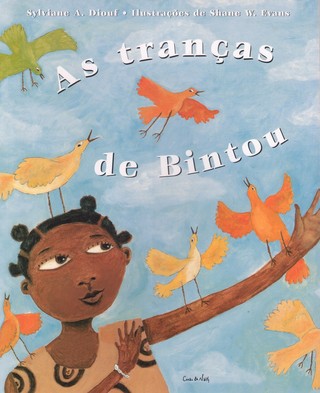 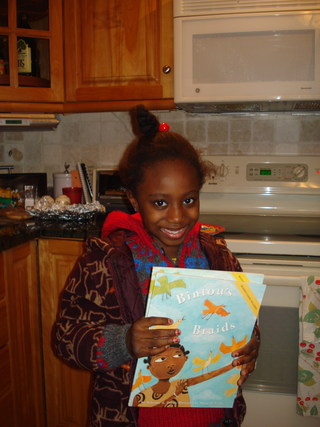 A real Bintou, from Rhode Island, with Bintou's Braids 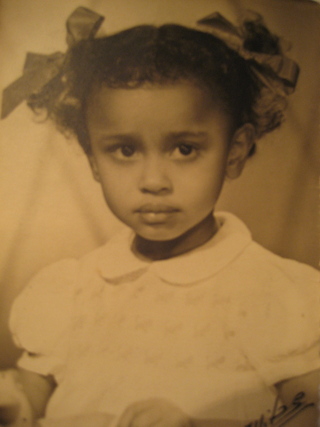 I grew up without cornows or braids...


I have published several books and articles as a historian, but one day, as I took my daily stroll in the park, a story came to my mind. It was the first time since I created tales for my son, so many years ago. I felt a wonderful freedom when I wrote Bintou's Braids. I did not work with real events or people, for a change, so I could make up incidents, characters, include dreams, and end the story any way I saw fit. But I also wanted to be true to the spirit and culture of the Senegalese people I was writing about, so I drew upon my observations and studies.

The strength of the family, the importance of the community, and the respect for the elders inspired me. I have always been charmed by the grace of the Senegalese women, their vitality and their elegance. They wear beautiful, complicated hairstyles, but little girls have plain cornrows or the simplest of braids without any decoration. The women told me it is only when girls are older and become wiser that they too can have elaborate braids. They have to earn them.
I love the idea of having to take the time to be a child, to wait for something instead of always getting it immediately. That what inspired this story.

Bintou has dreams of growing up fast and being the one everybody admires, but, surrounded by her loving family, she learns how to be patient, to be a little girl, happy with what she has. She learns to enjoy herself without envying the others, knowing that she too, one day will become a gracious woman, elegant, and full of life.

This is my first and so far only book of fiction and I enjoyed creating it immensely. Shane's illustrations are strikingly beautiful, and Bintou has become as real to me as the historical characters I normally write about. The little girls of Senegal inspired me; I love their grace, their politeness, and their curiosity. Their dreams and wishes are theirs, but as I discovered during my stays in various countries, they are also those of many other children, across time and oceans. Little Bintous are everywhere.


Publishers Weekly
"My name is Bintou and I want braids. My hair is short and fuzzy." So laments the heroine in the straightforward style she uses to narrate her story. Though Bintou dreams birds would enjoy nesting in her hair, she mostly envisions wearing "long braids with gold coins and seashells," as her sister and other young women of her African village do. Her Grandma Soukeye explains that girls are only allowed tufts or cornrows in order to avoid vanity, and relays a village cautionary tale to underscore her moral. Diouf (Growing Up in Slavery) creates strong female characters and evokes the feeling of a small village as extended family. With their large expressive eyes and warm demeanor, the girls and women gracefully move through Evans's (Osceola: Memories of a Sharecropper's Daughter) oil paintings in abundant earth tones and bright African batiks. Subtle footprints and chicken prints in the ochre sand background add depth to the fluid paintings. When Bintou helps save two drowning cousins and asks that braids be her reward, Grandma Soukeye finds a way to adhere to village tradition while acknowledging Bintou's heroism. This heartfelt story affords glimpses of West African customs as it touches on children's universal desire to be treated as grown-ups.

Booklist
Ages 3-7. Growing up in a West African village, a small girl hates her short, fuzzy hair and dreams of when she'll be old enough to have long braids with gold coins and seashells like her big sister. Many children will recognize Bintou's wish to be sophisticated and beautiful, even as they enjoy seeing the particulars of where she lives. Evans' bright, stylized oil paintings, in strong shades of brown with lots of red and blue, show the child with the people in the village and encircled by her loving family. At the Muslim prayer ceremony and the feast celebrating the baptism of her baby brother, Abou, she meets a visitor from America, who talks with an accent and tells her about many girls in her country who have braids. The story (Bintou runs for help to save her two young cousins from drowning, and then she gets to choose her reward) seems added on; the heart of the book is the realistic, contemporary setting in all its rich detail.


Horn Book
Bintou wants braids like the older women in her West African village, although she sometimes dreams that her "four little tufts" of cornrowed hair would make a nice place for birds to nest. Cornrows aren't pretty, but they're what little girls are supposed to wear, as Grandma Soukeye explains. Over the course of the book, which takes place during Bintou's brother's baptism, Bintou describes in rhythmic, childlike sentences both the baptism ceremony and further West African attitudes toward hair, but she still wishes to be old enough for beautiful braids of her own. Diouf's language is simple yet incisive: in Bintou's dreams, she's sixteen and has braids "with gold coins and seashells. And when I turn my head, the sun follows me." Evans's dramatic folk-style art indicates the West African setting with a few round mud houses; he prefers to focus on the people, giving them long-limbed bodies dressed in ethnically patterned cloth and endowing their faces with expressively large almond eyes, broad noses, and wide mouths. And when Bintou sees two boys drowning and resourcefully runs to get help, Evans paints her with a smile of ineffable wisdom as she is offered the reward of braids. In an ending that initially seems to thwart readers' expectations, Bintou never gets her braids. Grandma Soukeye redoes the cornrows, but this time she decorates them with yellow and blue birds, just like in Bintou's dreams, so that the once despised cornrows are pretty. As Bintou says, "The sun follows me and I'm happy."

School Library Journal
Bintou wants braids. All she has are four little tufts of hair on her head, and she is always being told that she is too young for the beautiful long braids that her sister and the women of her West African village wear. Little girls have cornrows, she is told, and she must wait. But Bintou, a very believable child, does not want to wait, and when she is offered any reward she can name for saving the lives of two drowning boys, she knows just what to ask for. This lively story is enriched by descriptions and illustrations of village life and customs. There is a great new-baby celebration, where the hands and arms of many villagers are shown high in the air, a stylized representation of unity and joy as the child is raised aloft. The grandmother is shown in her tribal dress, and readers see the beauty of the women with gold coins woven into the braids over their foreheads. Finally there is Bintou, delighted at the decorations in her hair that make her realize how special she is. The oil paintings glow in rich tones of gold, sand, and blue, and the text uses simple narrative language that will read aloud well.

Sankofa
The great charm of this book is the way that Bintou is presented in her surroundings, both the real and the imaginary. In her real world, Bintou is observant and takes the reader through some of the important events that mark her life as a young West African girl: hair braiding and decoration, baptism ceremonies for babies, young women dancing, and grandmother's special
friendships with granddaughters. Bintou's dreams have to do with her future: her eventual development into a charming and stylish girl who can wear "real" braids the way older girls and women around her do. We learn that braids must be earned, and we share Bintou's hopes that she will grow older and wiser so that she can wear the intricate braid styles she so desires.
During the course of the story, Bintou uses intelligence and courage to get help for two boys who are drowning, an act that brings her into another phase of her young life.
Other interesting themes that run through the story include the importance of age grades or age cohorts in
West Africa, the closeness of family and community, the positive fanfare associated with the birth of a baby, girls bravery, and the special place that grandparents can play in a child's life. The colorful
illustrations will capture the imagination of most young readers.
Children will especially respond to the naming ceremony of the baby. The idea of a new child being welcomed with delicious foods, music, and a special name which is announced to a crowd will appeal to a young child's sense of his or her own importance. An added bonus of this tale is the presence of a
visitor from the diaspora, making it truly a work of the twenty-first century. This sense of the "transnational" adds value to a narrative that is already rich in word imagery and illustrations.

Curled up with a Good Kid's Book
This thoughtful story reinforces the importance of family and reverence for tradition, at the same time acknowledging a little girl’s dream of growing up - only not too quickly. Surrounded by love and the wisdom of her extended family, Bintou is nurtured through the phases of childhood, perfect just as she is.