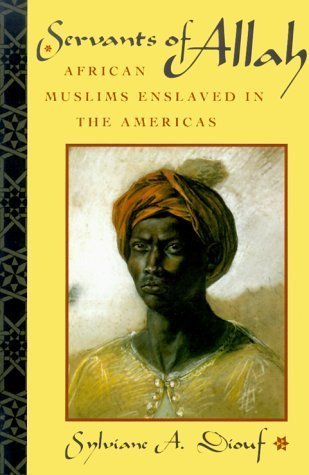 Islam, in the Americas, has been the religion of some people of African origin in an almost uninterrupted manner for the past five hundred years. Through the determination of its enslaved practitioners, the religion took hold in the New World and was actively practiced.

African Muslim men and women wrote a story of courage, insuperable faith, fortitude, and fidelity to their cultures, religion, and social values. Their success at keeping their faith is not a proof that, in the Americas, slavery was somewhat lenient and accommodating. If the Muslims succeeded in establishing far-ranging networks, forming strong communities, maintaining their intellectual stamina, and preserving their dignity and identity, they owed it to their solid sense of self, to their cultural self-confidence, their organizational skills, discipline, frugality, and strong communality. They took advantage of whatever avenues they could find, and used the contradictions and the cracks in the slave system to their benefit.

The African Muslims made decisions, exercised choices, deliberately maintained and sustained their faith, its rites and exigencies. They shaped their own world, re-created their culture and kept their identity. They clearly indicated by their dress, diet, names, rituals, Qur'anic schools, imported religious items and books, that they intended to remain who they had been in Africa. Their education, social background, family history, personal choices, social connections, political convictions, and religious beliefs, did not become irrelevant in the New World. On the contrary, they shaped their response to enslavement. They defined the way they lived it and reacted to it. The person they had been in Africa determined the person they were in the Americas.

PRAISE FOR Servants of Allah

Everywhere in the Americas, the African Muslims left influential footsteps that Diouf intelligently uncovers. Here are enlightening stories ... for anyone attempting to fully understand the settlement and impact of the Old World on the New and on today.
Allan D. Austin, author of African Muslims in Antebellum America

A welcome and timely work on a subject of great importance By combining materials on African Islam with New World sources and thereby linking both sides of the Atlantic, the author provides a fresh angle on studies of the Diaspora.
Lamin Sanneh
Professor of History, Yale University

Faith and spirituality have always been powerful forces in the histories of people of African descent.Servants of Allah makes an important contribution to a critically important dimension of black scholarship.
Manning Marable
Director, Institute for Research in African-American Studies, Columbia University.